This email and any attachments are for the exclusive and confidential use of the named intended recipient(s) and may be legally privileged. Any review, re-transmission, dissemination or any other use of its contents, or taking of any action in reliance upon this information by persons and/or entities other than the named intended recipient(s) is strictly prohibited. If you have received this communication in error, please send this communication back to the sender, disregard its contents, and promptly delete the original message and any copy of it from your computer systems. The misuse of this message will be dealt according to company rules and current legislation. This message expresses the sender's point of view about the topics described and not necessarily expresses Serasa Experian's opinion about them. 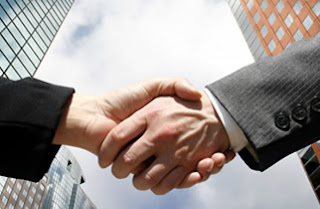 This e-mail and its attachments are for the sole use of the addressee and may contain information which is confidential and/or legally privileged. Should not be partly or wholly reproduced without consent of the owner. Any unauthorized use of disclosure of this e-mail or its attachments is prohibited. If you receive this e-mail in error, please immediately delete it and notify the sender by return e-mail.

This e-mail and its attachments are for the sole use of the addressee and may contain information which is confidential and/or legally privileged. Should not be partly or wholly reproduced without consent of the owner. Any unauthorized use of disclosure of this e-mail or its attachments is prohibited. If you receive this e-mail in error, please immediately delete it and notify the sender by return e-mail.

Eurozone debt markets continued to show signs of further stabilization as Greek/private sector bondholder (private sector investors or PSI) negotiations continued to stumble along with repeated promises that a deal was soon to be reached, possibly over this weekend. The debt swap deal is a prerequisite to Greece receiving the next EU/IMF aid installment and avoiding a disorderly default. The details of the debt swap deal are reported to be a haircut of around 70% on existing bond holdings and an average interest rate of around 3.75% on the new Greek debt.
The key to avoiding a default event and potential market disruption will be the degree of PSI participation and whether the swap can plausibly be called ‘voluntary.’ On that count, the outcome is significantly more questionable, as a participation rate of 90+% is likely needed to avoid triggering credit default swaps and unleashing another wave of banking sector losses. So the details will matter and if a deal is reached this weekend, depending on its terms, there could be a volatile Sunday open.
Government bond yields in Spain and Italy dropped back significantly as one sign of calmer investors, but Portuguese yields surged to record highs over 14%, suggesting Portugal will be the next target of market angst. To be sure, following a Greek debt deal, if there is one, markets may simply revert to longer term solvency concerns of the larger EU countries, in a buy the rumor/sell the fact-type reaction. After all, Greece was never the real threat to EU financial stability.
On that front, Monday’s EU summit is expected to ratify the fiscal compact on budget deficits and surveillance, which will lock EU countries into austerity for years to come. The typical pattern has been for EUR, and risk assets generally, to appreciate going into such meetings, only to then relapse as the summit’s outcomes are deemed insufficient to stem the crisis. I think we could be looking at a similar scenario yet again, as the fiscal pact does little to alter current debt burdens and consigns most EU members to weak growth. In response, EU leaders are pledging to also develop growth strategies at the summit, but I’m a little more than skeptical as fresh fiscal stimulus does not seem likely. We’ll have to see what they ultimately come up with, but I’m not optimistic and would not be surprised by another post-summit wave of disappointment.
Technically, EUR/USD has now reached back to a key resistance zone in the 1.3220-50 area, which I highlighted in last week’s update. 1.3220 was the breakdown level from last December and 1.3245/50 is 38.2% of the decline from roughly 1.4250-1.2620 since late October. However, positioning is still excessively short, with CFTC COTR data showing the largest net-short EUR futures position on record as of Jan. 24, so a further short-squeeze can’t be ruled out. While I favor using current EUR levels to establish shorts for a resumption of the move lower, I can’t exclude further gains, so I would exit on strength over 1.3320/30 broken trendline support turned resistance. EUR/USD looks set to close the week above the daily Ichimoku cloud base at 1.3186, potentially signaling a move to the top of the cloud at around 1.3600.

What the Fed said and didn’t say

The FOMC this past week delivered a bit of a surprise by indicating that rates would remain exceptionally low until late-2014, extending their prior timeframe from mid-2013. The Fed also lowered its 2012 GDP forecast to 2.2/2.7% from Nov.’s forecast of 2.5/2.9%, and noted that significant downside risks to the recovery remained. The low-rates-for-longer pledge hit the USD sharply and sent gold prices soaring. But what the Fed didn’t say was that it was actively considering additional asset purchases, or QE3. True, Bernanke said it was still an option in his press briefing, but that doesn’t mean it’s close to being adopted yet. As such, the pronounced USD weakness following the Fed events may not be sustained. I would note that broad commodity indexes (CRB) and stocks did not express the same QE3-euphoria that FX did, with gold being the exception.
Bernanke will appear before the House Budget Committee on Thursday, Feb. 2. I would expect Republican members to grill him over any plans to further expand the Fed’s balance sheet with additional asset purchases, a major source of irritation to them. Bernanke will surely defend the Fed’s independence and its dual mandate, but in doing so, he may also indicate that QE3 is not currently under active consideration. If so, the USD could see a sharp rebound. This should not be the usual Fed appearance before a Congressional committee.

Key data and events next week

In addition to Monday’s EU Summit and Thursday’s Bernanke testimony, next week sees a number of key data points. Also, next week will see month-end portfolio hedging flows, some of which may have helped drive Friday’s USD slump. Given outsized gains in US stock/bond valuations relative to other G10 markets, we expect overall USD-selling to persist through Tuesday, other events being equal, typically culminating at the 1600GMT London fixing. In particular, our proprietary model suggests the strongest USD selling against CHF, CAD, AUD and JPY, with slightly less strong USD-sell signals against GBP and EUR.
On Wednesday, China will a release pair of critical manufacturing sector PMI’s, with the Jan. national PMI forecast to dip back into contractionary levels at 49.6 after 50.3. Later on Wednesday in the US, the ADP Jan. employment report will give us a first sense of how Friday’s US NFP may play out. Friday will also see non-manufacturing PMI’s out of China.

Inspiration for the text: chronic of Brian Dolan on Forex.com

Disclaimer: The information and opinions in this report are for general information use only and are not intended as an offer or solicitation with respect to the purchase or sale of any currency or CFD contract. All opinions and information contained in this report are subject to change without notice. This report has been prepared without regard to the specific investment objectives, financial situation and needs of any particular recipient. Any references to historical price movements or levels is informational based on our analysis and we do not represent or warranty that any such movements or levels are likely to reoccur in the future. While the information contained herein was obtained from sources believed to be reliable, author does not guarantee its accuracy or completeness, nor does author assume any liability for any direct, indirect or consequential loss that may result from the reliance by any person upon any such information or opinions.

Foreign Exchange and other leveraged products involves significant risk of loss and is not suitable for all investors. Increasing leverage increases risk. Spot Gold and Silver contracts are not subject to regulation under the U.S. Commodity Exchange Act. Contracts for Difference (CFDs) are not available for US residents. Before deciding to trade forex, you should carefully consider your financial objectives, level of experience and risk appetite. Any opinions, news, research, analyses, prices or other information contained herein is intended as general information about the subject matter covered and is provided with the understanding that MSF-ECONSULT.COM is not rendering investment, legal, or tax advice. You should consult with appropriate counsel or other advisors on all investment, legal, or tax matters.